"In Hispaniola," purred Mocquino, his tone insidious,
"the masters of voodoo control beings whom they term 'zombie'. A zombi is a living dead man, whose body has been disinterred from its grave, then imbued with life at the command
of the voodoo worker.

"The zombie are like slaves, vitalized corpses that behave like mechanical figures.
But I hold spells and incantations more powerful than those of ordinary voodoo workers!
I can transform a living man into a zombi! It is too bad" - he paused, an evil twist upon his lips -
"too bad that you cannot live to witness the fate of Elridge Rathcourt." 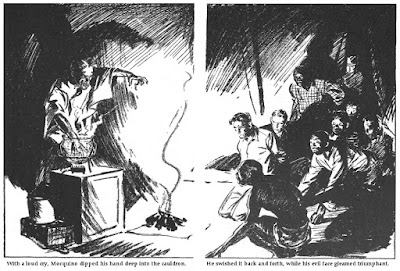 The Shadowcast explores the very first supervillain: Rodil Mocquino, a.k.a. 'The Voodoo Master'! When the voodoo madman and his zombified cult puts The Dark Avenger out of action, it is up to his agents and a wounded Shadow to uncover his hidden lair and rescue his brainwashed victims! 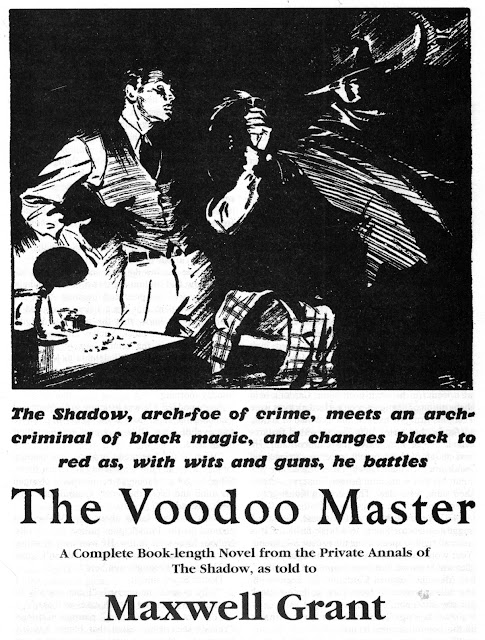 ...and then we review one of the most popular radio episodes of The Shadow: 'Voodoo'! Where The Knight of Darkness does battle with yet another voodoo cult on the island of 'Little Cauldron' when Margot is selected as a blood sacrifice!

Bill Johnstone as The Shadow

Buy 'The Voodoo Master' on audiobook

Email ThisBlogThis!Share to TwitterShare to FacebookShare to Pinterest
Labels: Season 1, The Voodoo Master 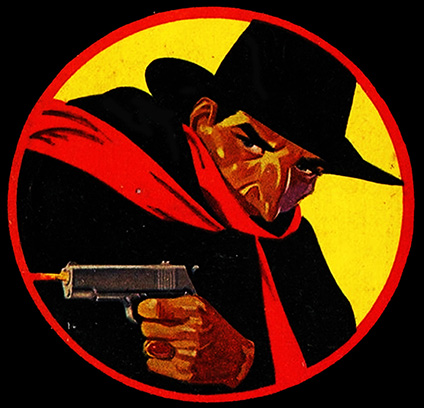